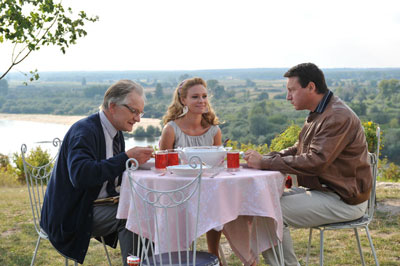 A true story about divided loyalties and misguided love play out against a backdrop of escalating political unrest in 1967 communist Poland.  Security police colonel Rozek enlists his sexy yet naive girlfriend, Kamila, to spy on the acclaimed writer and suspected Zionist Adam Warczewski.  Eager to please her domineering lover, Kamila accepts the mission, reporting under the code name “Little Rose.”  Over time, Kamila grows closer to her quarry, but her loyalties soon become divided in this tale of love, espionage, and politics.

“Little Rose conjures the look and feel of the very Soviet dearth it portrays.  In combination with the gorgeous documentary footage interspersed between scenes, the harshly lit and unsubtly acted film is, like Kamila’s used-looking face, more expressive beneath the makeup.  It is touching in this rawness.” Jenny Hendrix, The Jewish Daily Forward