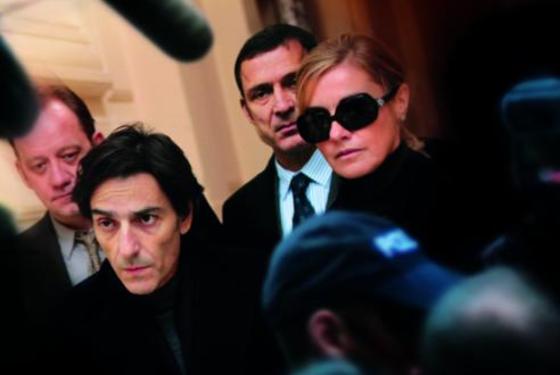 The pleasures perfunctory, Stanislas’s remorseless day-to-day is interrupted when he is lifted from his tinted-windowed Mercedes, bound, and blindfolded in a daylight abduction that, like Rapt itself, is swift, professional, and executed with precision.   The latest French import by Belgian filmmaker Lucas Belvaux, RAPT is loosely based on the 1978 kidnapping of playboy millionaire Baron Edouard-Jean Empain and updated from past to present.  Opens in L.A. in August.