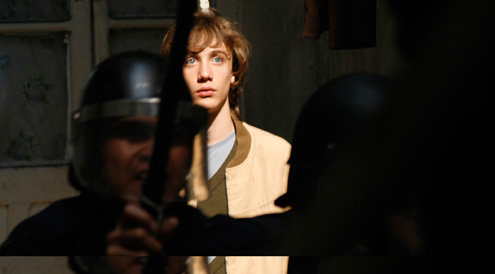 In the 1970s, Argentina was ruled by a ruthless military regime that waged a so-called dirty war leaving some 30,000 suspected communists missing.  Inspired by actual events in the director’s life, I MISS YOU is the evocative and moving coming-of-age story of two brothers: a fifteen-year-old and the older brother he idolizes.  As the political situation heats up upon his return from mandatory military service, it becomes obvious that the older brother now belongs to a group of anti-government activists.

He soon disappears mysteriously.  The younger brother struggles between his pride in his brother’s heroism and the jealousy he feels as a child who is still on the verge of becoming a man.  When his family is blacklisted, he is sent to stay with relatives in Mexico while his parents and grandmother retreat to Uruguay.  When they reunite a year later, only he is willing to face the truth about his brother and confront a future that looks far different from the one he had planned. …  Belmont World Fest, Boston