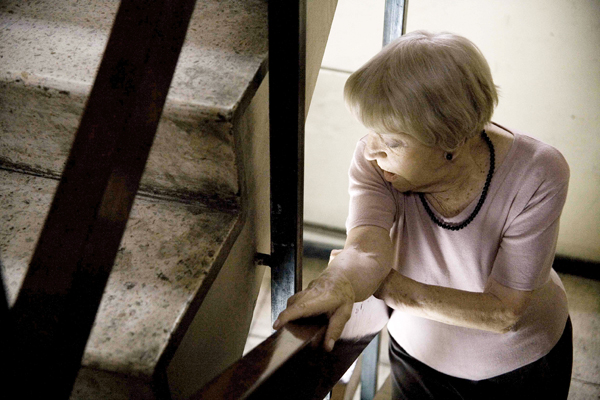 OLD CATS is an emotionally wrought drama between an elderly woman named Isadora (Bélgica Castro) and her daughter Rosario (Claudia Celedón).  Isadora and her husband are

being pressured by Rosario to sign over their Santiago apartment to her in a “get rich quick” scheme.  Isadora and Rosario are at odds, which only worsens when Isadora shows signs of senility.  She desperately tries to keep this a secret from her daughter to avoid being taken for everything she has.  OLD CATS was highlighted in the Spotlight section of Sundance ’11.  In OLD CATS Chilean writing-directing duo Sebastián Silva (“25 New Face” alum) and Pedro Peirano continue mining the hilarity and horror of the nuclear family they started in the Sundance award winner and Golden Globe nominee “The Maid.”

“ … a wickedly delicious chamber drama about a family marinating in its own  problems.”  Sundance Film Festival