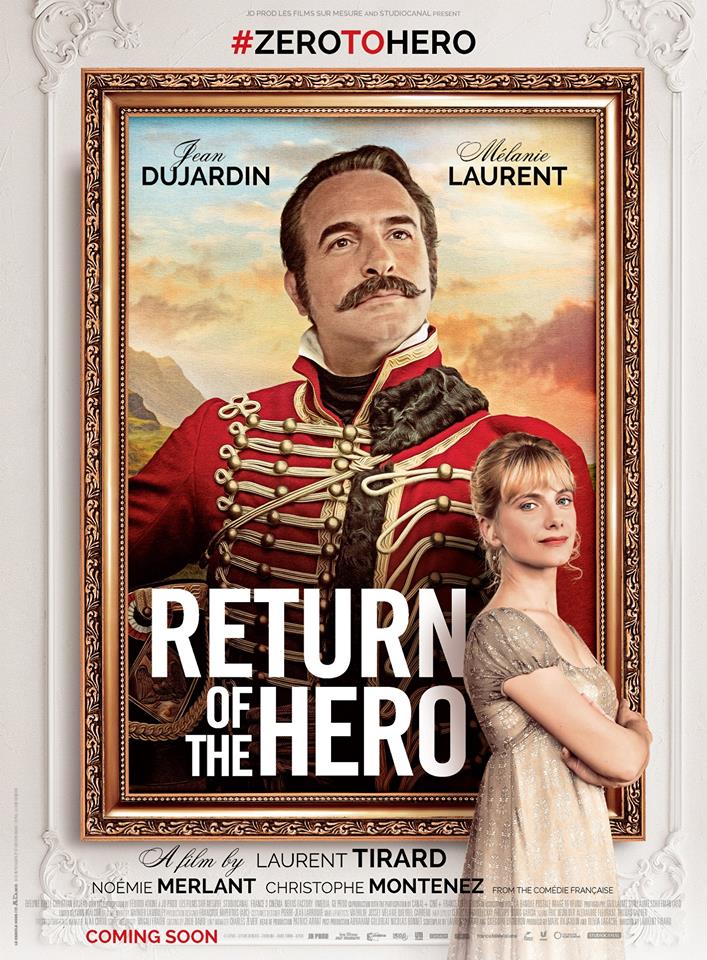 France, 1809 and the dashing Capitaine Charles-Grégoire Neuville has just become engaged to the young Pauline when he is called away to the front. He promises that he will write every day, but he does not. The impressionable Pauline hysterically falls ill with pneumonia. He is, after all, her first love and there is little news from the war front. The doctor warns she will not get better unless she has a will to live.  Her sister writes letters on his behalf to cheer her up.  All goes south when Neuville reappears.  Played at COLCOA French Festival 2018.

“Return of the Hero seems like a routine corset costume romp, but there’s a moment when the devastating truth is revealed and the tragedy of war confronted.” … Pasadena Art & Science Beat

“There are shades of Pride and Prejudice in the latest film from writer-director Laurent Tirard (The Story of My Life, Molière), not least in the naming of its heroine, and the film is a delight from start to finish.. ….”TIME OUT