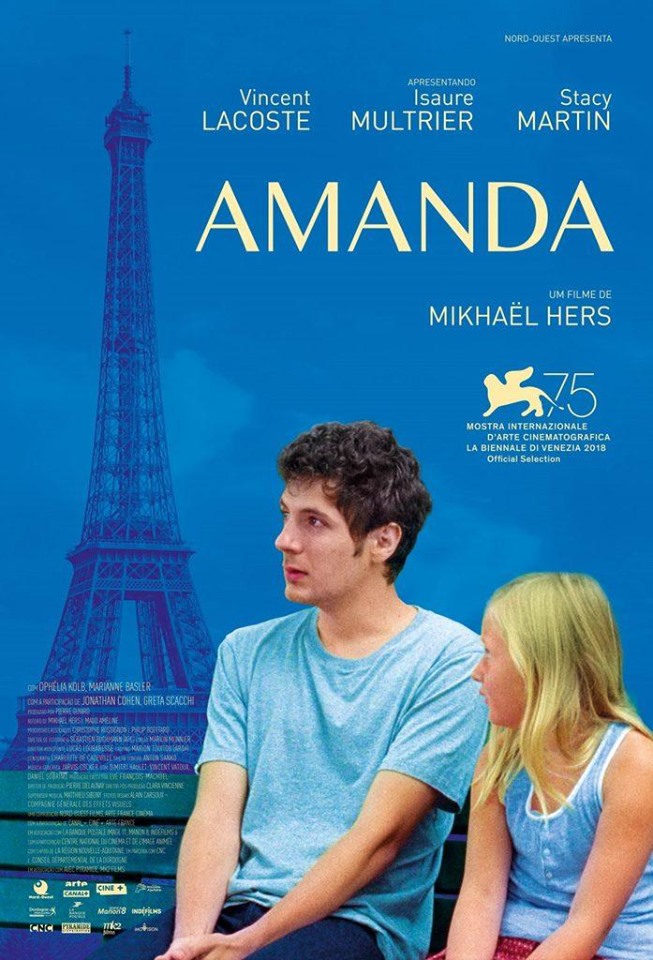 Vincent Lacoste leads Mikhaël Hers’s poignant new feature about trauma and its aftershocks.  At first, David (Lacoste) is just beginning to figure out life in his early twenties, helping his sister (Ophélia Kolb) raise her 7-year-old daughter, Amanda (Isaure Multrier), and gently initiating a romance with a pianist (Stacy Martin, Nymphomaniac).   This era of placidity is brutally ruptured, and a grief-stricken David must assume new responsibility for Amanda as a potential guardian.  With an understated directorial touch, Hers creates a touching story of resilience deepened by delicately nuanced performances.  Vincent Lacoste was nominated for a César Award for Best Actor for his breathtaking, astonishingly quiet and introspective performance as David, a sweet, carefree young man who suddenly has the responsibilities of adulthood thrust upon him.  Making her screen debut, Isaure Multrier, is nothing short of remarkable as his 7-year-old niece.  Nominated for César Awards for Best Actor and Original Score and honored with the Magic Lantern Award in Venice, and both the Best Screenplay Award and the Grand Prize at the Tokyo International Film Festival.

This film is part of CINEMA FRANCAIS PS festival.  Ticket purchase ($13) available now on www.CinemaFrancaisPS.com or in Camelot’s lobby Wednesdays thru Sundays after 12:00 noon.   DFS discount to $11 applies w/code previously mailed to DFS members.  You must provide ‘promo’ code on line or in lobby since Camelot staff does not have these codes.
+ Google Calendar+ Add to iCalendar