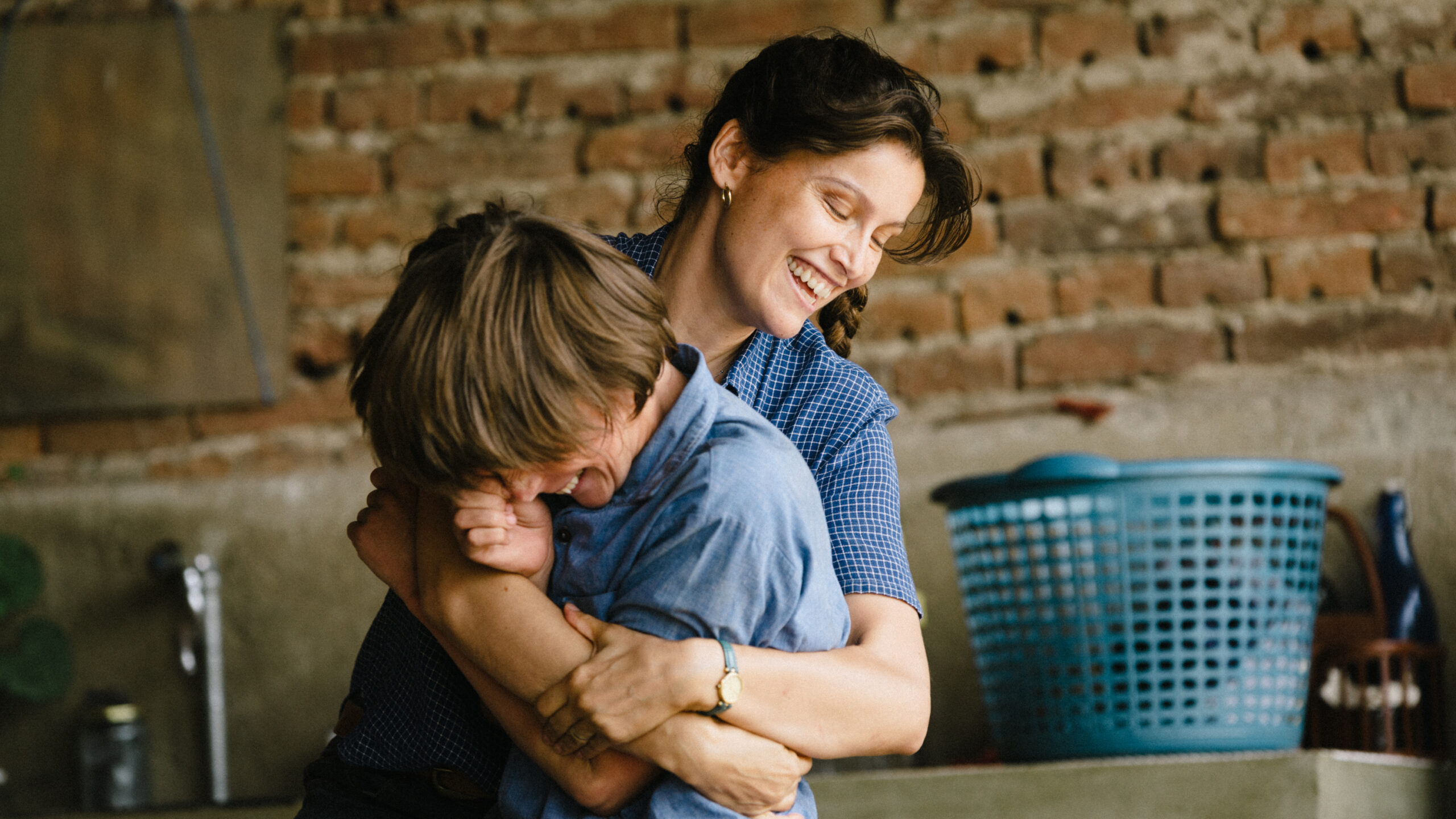 It’s 1976. A summer of blazing heat and drought has hit the whole of Europe. On his family’s modest farm, Gus – a young, 13-year-old boy – knows only too well that the temperature isn’t only impacting the animals or the crops; it’s also affecting the behaviour of the adults around him. And in just a few months, he will have left the innocence of childhood behind him for good.

Two separate movements unfurl over the course of these few, lifechanging weeks. On the one hand, Gus’s father (the awesome Thibaut Evrard) sees his world fall apart; a rural world, still viscerally linked to the earth, but where the spectre of profit and capitalism hover over farmyards, fields and barns. Forced to catch up and jump aboard the train of modernity, the farmer has launched himself into intensive poultry farming (intensive for the epoch, that is), which won’t only hasten his demise, but which will also come to symbolise the dangers of the disconnect between man and nature. Little by little, the farming environment – a distinctly male environment – loses its bearings. Men, moreover, are up against the wall in this film; they’re trying to find their footing at a time when everything they’ve been taught about their place in society and their relationships with others – and with women, in particular – seems to be turning to dust.

Indeed, the women in Lehericey’s work are determined to take back their freedom, both sensual and intellectual, physical and political. Gus’s mother (a devastating Laetitia Casta), who is struggling to thrive in this endangered rural world, and who is sick and tired of ferrying plates of food to the table and choking back her most deeply felt emotions, watches with an admiration which morphs into adoration as the winds of freedom blow into the life of her friend Cécile (Clémence Poesy, the picture of restraint). Gus’s big sister and her best friend don’t intend to miss out either, and they set about taking their own destiny in hand.

Young Luc Bruchez, a true revelation, brings his vulnerability but also his strength and sense of empathy to the character of Gus; he’s a mere spectator of this adult theatre, but he will play a definitive role in its next revolution.

The hot wind, which is as violent as it is emancipatory and which blows so very distinctly on screen, is the result of Christophe Beaucarne’s superb cinematography. Shot on film, the torpor of Lehericey’s tropical summer can be felt in each and every frame of the movie. A mysterious, devastating force drives these characters ever onwards in their aims – and helps them to become reborn.

Beneath the surface of a classic format, the film – adapted from a novel by Roland Buti – explores a pivotal moment in recent history where the foundations of the patriarchy were rocked; not only by the hefty blow dealt by female liberation, but also by the advent of an extreme form of capitalism which will ultimately work to destroy the hearts of men.