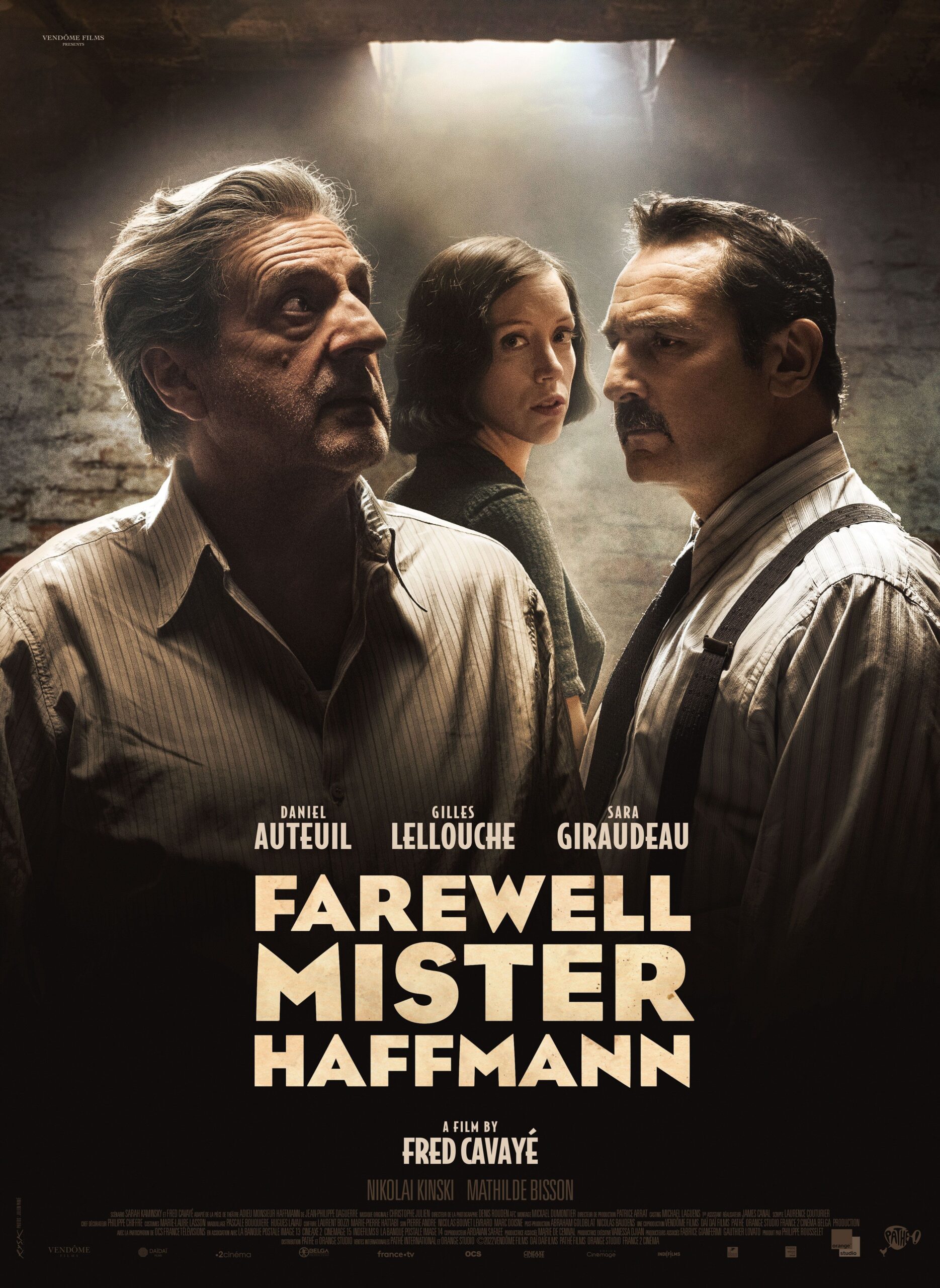 Occupied Paris, 1941: all members of the Jewish community are instructed to come forward and identify themselves to authorities. Dedicated jeweler Joseph Haffmann (Auteuil), fearing the worst, arranges for his family to flee the city and offers his employee François Mercier (Gilles Lellouche) the chance to take over his store until the conflict subsides. But his own attempts to escape are thwarted, and Haffmann is forced to seek his assistant’s protection.

It’s a risky proposition for both men, and one that Mercier’s wife Blanche (a wonderful Sara Giraudeau) is skeptical of. As the couple move in to the Haffmann home, the agreement turns into a Faustian bargain, one that will forever change the fate of all…

Superbly directed by Cavayé, FAREWELL, MR. HAFFMANN masterfully guides the viewer through the world of Vichy France, where lives are irrevocably shaped by the twin scourges of war and the black market. Rich in moral complexity and empathy, with several twists too good to spoil, this is grand, big-screen adult entertainment at its finest.

Covid Restrictions:  Photo ID, Proof of full vaccination including booster shot,  Seating is socially distanced.  Please allow 2 empty seats between you and another party and do not sit directly behind anyone.