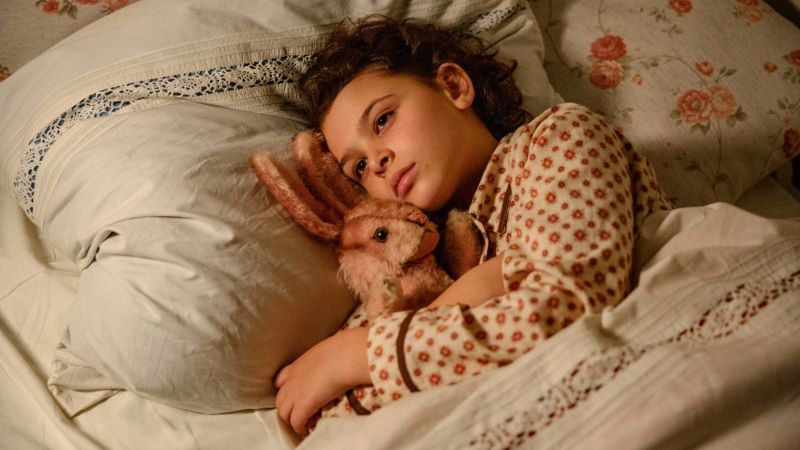 DFS Members will be sent a link on 7/11 to watch this film.

Suppose your country began to change. Suppose that without your noticing it became dangerous for some people to live in your country. Suppose you found, to your complete surprise, that your own father was one of those people. That is what happens to Anna in 1933. Anna is not sure who Hitler is. She is nine years old when everything begins, too busy to take much notice of his face on posters all over Berlin. But when her own father goes missing one day, she comes to realize that the man on the posters is about to change the whole of Europe – starting with her own small life. She is forced to uproot her entire existence. Anna and her family hastily flee Germany, leaving even her favorite stuffed pink rabbit behind. From now on Anna encounters life in exile, not speaking the language, not knowing customs and manners, missing her friends and loved ones. To find a school for Anna is difficult, money is getting very short and they are fearful as they also encounter xenophobia. Yet Anna grows up, finds new friends, and learns to take responsibility. So when her family has to move away yet again, she is certain she can do anything.
Oscar®-winner Caroline Link (All About Me, Nowhere in Africa) adapted Judith Kerr’s semi–autobiographical bestseller WHEN HITLER STOLE PINK RABBIT, a true story about parting, family cohesion, and optimism, for the screen.
Running Time:  120 min
Genre:  Drama
Distributor:  Oded Horowitz / Greenwich Entertainment
Initial release: December 25, 2019 (Germany)
Director: Caroline Link
Music composed by: Volker Bertelmann
Language: German
Producer: Jochen Laube
German trailer:  https://pro.imdb.com/title/tt9106672/videos
Doors at Camelot Theatre unlock at 9:30 AM for complimentary refreshments.  Film begins promptly at 10:00.  A discussion will follow the film.  Desert Film Society members are admitted for free.  Non-members pay $15 at the door.
+ Google Calendar+ Add to iCalendar