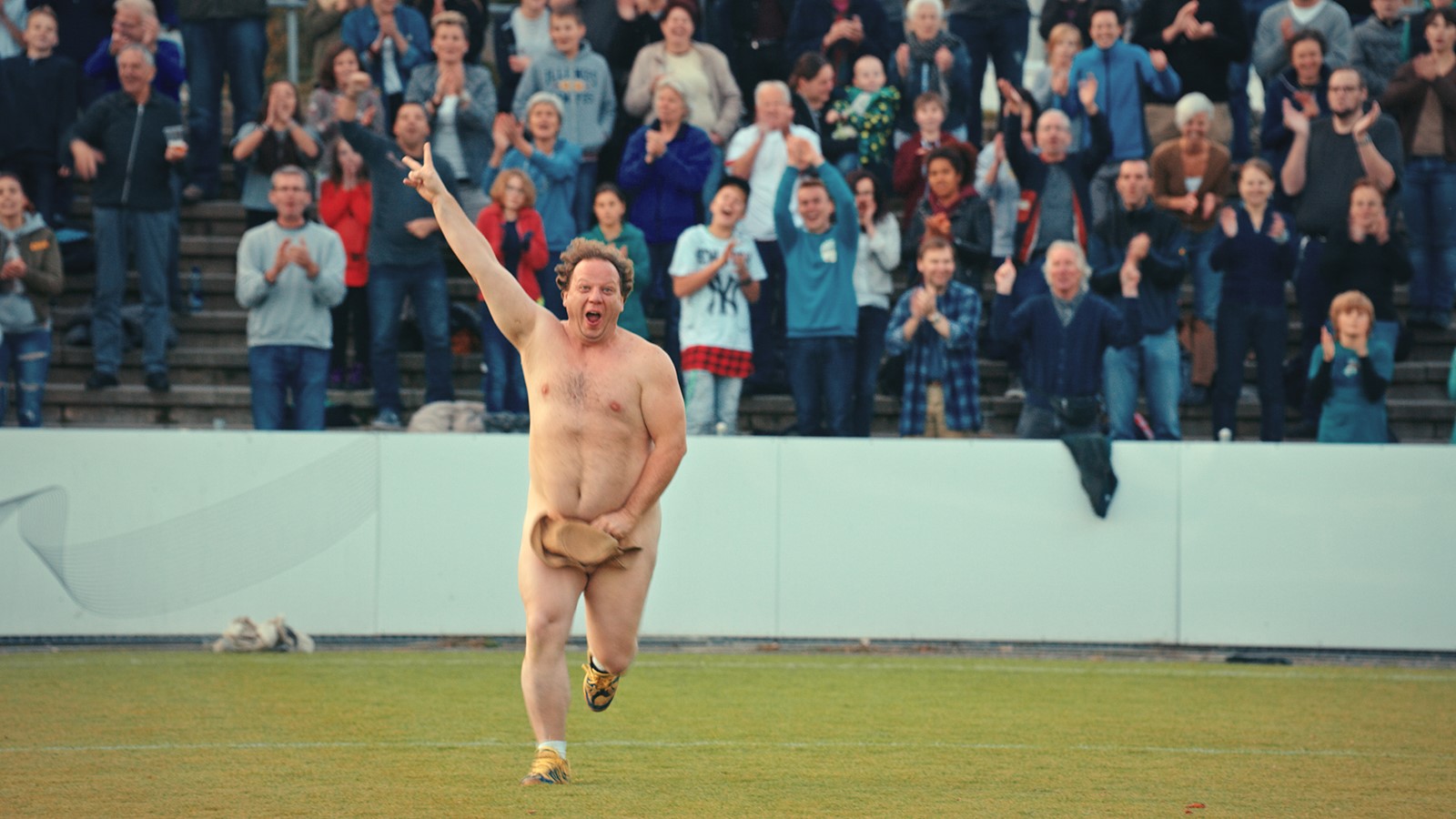 1970’s-style streaking is alive and well in Switzerland.  In order to get out of a financial crisis, high school teacher Balz Naef (53) starts an illegal sports betting business, recruiting and training streakers  – people who run naked through a football field.  He has people placing bets on how long streakers can last on the soccer field before being taken off by security.  While he and his team help streaking become the new trend sport, his personal situation does not improve.  On the contrary: his troubles have only just begun.