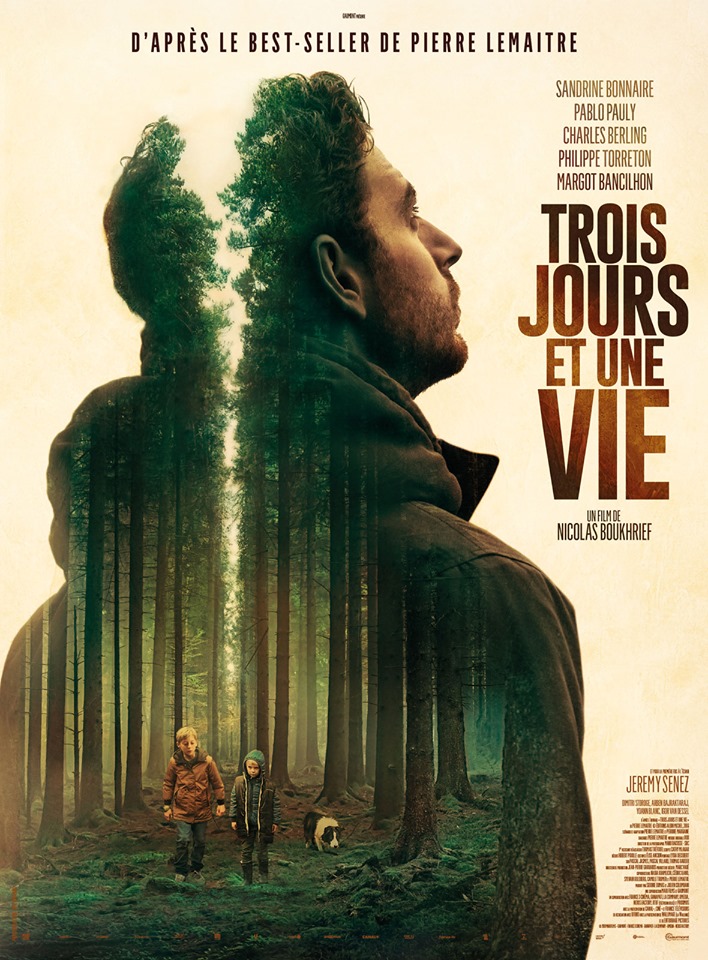 Master crime writer Pierre Lemaitre’s own adaptation of his haunting novel.  It’s Christmas 1999, in a peaceful little village in the Ardennes.  The life of a young boy named Antoine will soon be devastated by three tragic events : the death of a dog, the vanishing of a child, and a big ravaging storm.  This drama/suspense stars Pablo Pauly, Sandrine Bonnaire, Charles Berling, Margot Bancilhon, Philippe Torreton and Dimitri Storoge.  The director, Nicolas Boukhrief won the César Award for Best Adapted Screenplay SEE YOU UP THERE (Cinema Francais PS, 2018)  Released in France September 2019.  US Premiere at COLCOA Fest Oct 2019.

Showing with KAPITALISTIS – 14 min
‘Santa Claus is a capitalist. He brings some presents to the rich children and sweaters to the others.’ … Loukas, 5 years old.
KAPITALISTIS is included in the 2019 YOUNG FRENCH CINEMA  program of UniFrance and the Cultural Services of the French Embassy in the U.S.
This film is part of CINEMA FRANCAIS PS festival.  Ticket purchase ($13) available now on www.CinemaFrancaisPS.com or in Camelot’s lobby Wednesdays thru Sundays after 12:00 noon.   DFS discount to $11 applies w/code previously mailed to DFS members.  You must provide ‘promo’ code on line or in lobby since Camelot staff does not have these codes.
+ Google Calendar+ Add to iCalendar