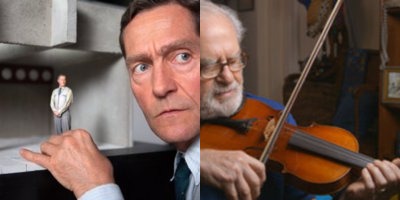 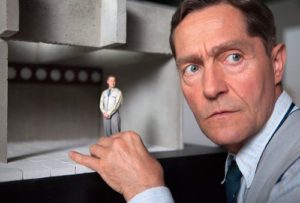 Georg Letterer is an introvert modeler, who builds detail-obsessed prototypes. He receives an order from famous Hollywood actress Dolores Moor to make a model of her extravagant villa. This is the opportunity for Georg to escape from suburban dreariness and the perfidious psychological terror of his brother. He tirelessly works on the detailed model and simultaneously falls for the unattainable Dolores. One day Georg discovers an unusual power: He is able to influence the physical reality of the villa through the prototype he is building. With his own interests in mind, Georg becomes a calculating puppeteer who holds the threads of life of everyone around him, just to win Dolores for himself.

A story that could have been  on “Twilight Zone”, DOLORES is adapted from the 1991 single-issue graphic novel of the same name by the Belgian trio of visual artists Anne Baltus, Benoit Peeters and Francois Schuiten.

“Everything comes with an elegant simplicity of design, lighting, performances and script. I can’t think of any other film that juggles and balances all of these together to work as one as well as this does.” … Moira
Official website w|Press Kit and Trailer: http://www.medialuna.biz/screeners/dolores.html 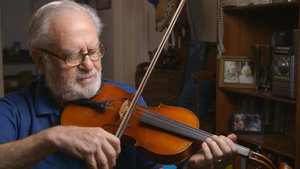 A 91-year-old Holocaust survivor donates his violin to an instrument drive, changing the life of a 12-year-old schoolgirl from the Bronx and unexpectedly, his own.