EMPTY SPACE (USA) showing with: THE MANY SAD FATES OF MR. TOLEDANO 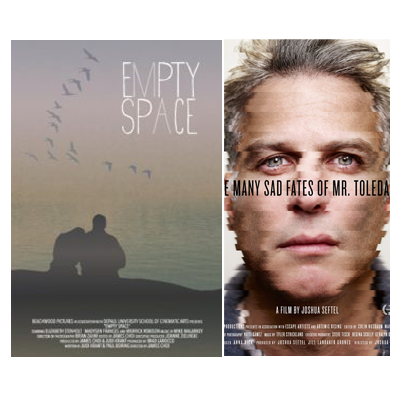 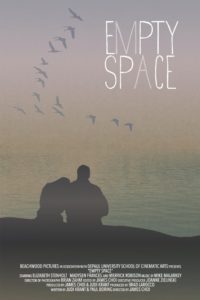 “Tom, an overweight young man, takes refuge at his grandmother’s cabin in rural Protection, IL, in an attempt to bury the years of being bullied and feeling rejected.  While in town, he meets a precocious blind girl named Lilly, who shows him how to be accepted and loved.  Tender, funny and dramatic, the film shows characters not often depicted onscreen as leads, in a unique coming of age story.”  …  emptyspacethemovie.com

“Filmed on a modest $8,000 budget with a crew of three, Empty Space is the kind of film that one expects to find at an indie film festival with its intelligent, thoughtful story and performances that are devoid of the usual histrionics one expects to find in this type of film.”  …The Independent Critic

..SHOWING WITH A SHORT FILM: 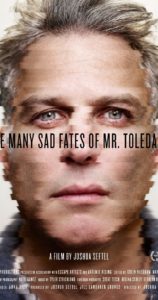 In his latest project, photographer Phil Toledano has become obsessed with his own future.  Director Josh Seftel follows as Toledano uses DNA tests, fortune tellers, and a prosthetic makeup artist to envision the many dark possibilities that might await him, including obesity, desolation, stroke, isolation, suicide, and violent death.  Over the course of three years, Toledano becomes dozens of characters and captures these bleak possibilities in a series of haunting photographs.  Meanwhile, his wife and daughter worry that this project will leave Toledano unable to ever imagine a positive future. While on this journey, Toledano’s obsession alters him and his family forever.