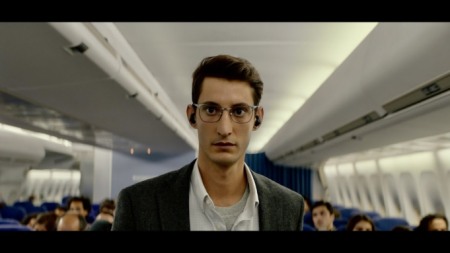 Matthieu is a young and talented black box analyst on a mission to solve the reason behind the deadly crash of a brand new aircraft. Yet, when the case is closed by authorities, Matthieu cannot help but sense there is something wrong with the evidence. As he listens to the tracks again, he starts detecting some seriously disturbing details. Could the tape have been modified? Going against his boss’ orders, Matthieu begins his own rogue investigation – an obsessional and dangerous quest for truth that will quickly threat far more than his career.

The movie had its North American premiere on Nov. 5 at COLCOA, the French film and series festival in Los Angeles. The film, which also stars Lou de Laage (“The Mad Women’s Ball”) reteams Niney with Gozlan following “A Perfect Man.”

Feb 26, 2022  BLACK BOX.   Covid Guidelines: Photo ID, Proof of full vaccination including booster shot,  Masks mandatory indoors at all times.  No food or beverages in the screening room . Seating is socially distanced so please allow a two-seat buffer between parties and do not sit directly behind anyone.