OUT IN THE DARK (Israel) 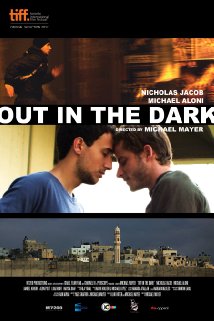 Two young men, a Palestinian grad student and an Israeli lawyer, played by Nicholas Jacob and Michael Aloni, meet and fall in love amidst personal and political intrigue in this striking debut feature from Israeli director Michael Mayer.  Rarely has the emotional, human toll of the Israel-Palestine conflict been explored in such immediate, affecting and sensual detail.

Israeli born Michael Mayer “has tapped into a predicament not often visited cinematically when exploring the ever present conflict in the Mid-East, and he’s managed to not only make a memorable debut, but an unflinching document about the violence and hardships LGBT people face in this hostile territory.”   ioncinema.com