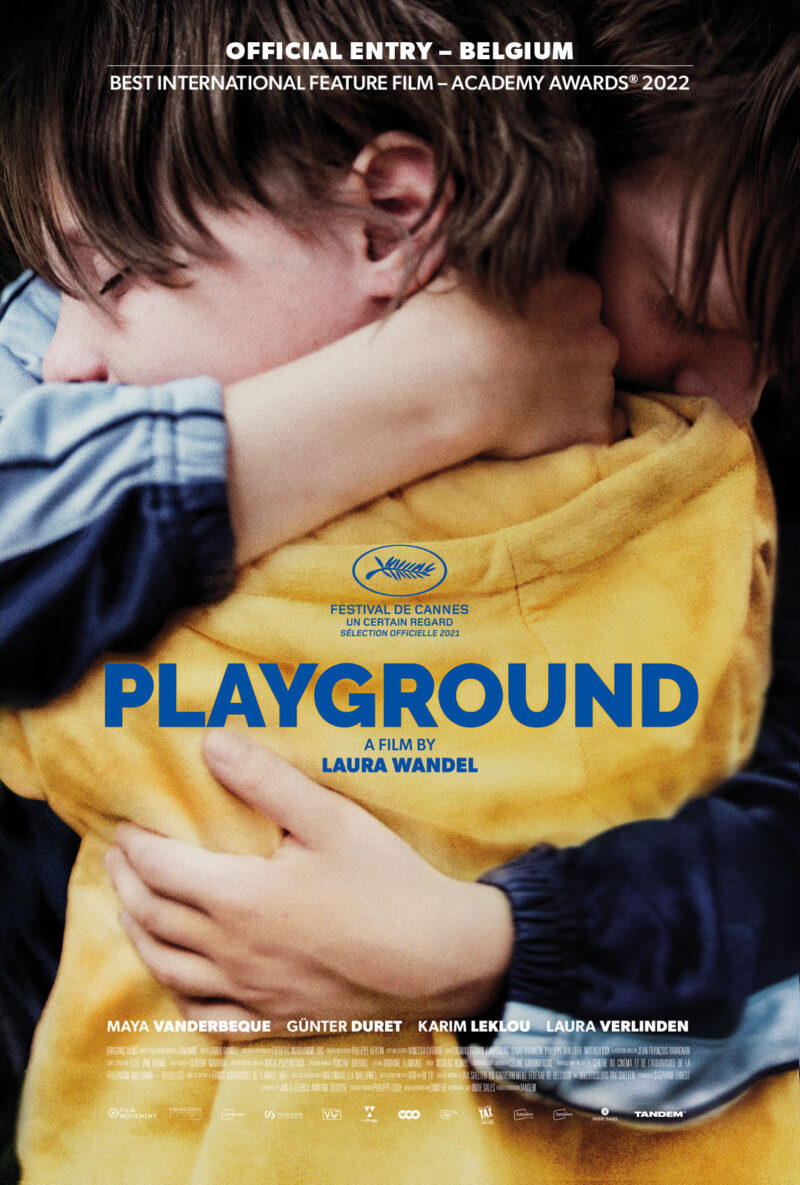 PLAYGROUND  was Belgium’s Oscar best international film entry this year, making it into the long-list but not the final shortlist. At MAGRITTE’s It won best first film and director.  Its cast was also feted in three categories with Laura Verlinden winning best supporting actress, while best female and male hopes went to Maya Vanderbeque and Günter Duret. The feature also won best sound and editing.

In a perfect hour and 12 minutes, “Playground” tells the sweeping, intimate story of a child’s coming into consciousness. Set almost entirely within the confines of an elementary school and its grounds,  When Nora witnesses her brother being bullied by other kids, she rushes to protect him but he forces her to remain silent.  Caught in a conflict of loyalty, Nora tries to find her place, torn between children’s and adult’s worlds.

Covid Restrictions:  Photo ID, Proof of full vaccination including booster shot,   Seating is socially distanced so please allow a two-seat buffer between parties and do not sit directly behind anyone.