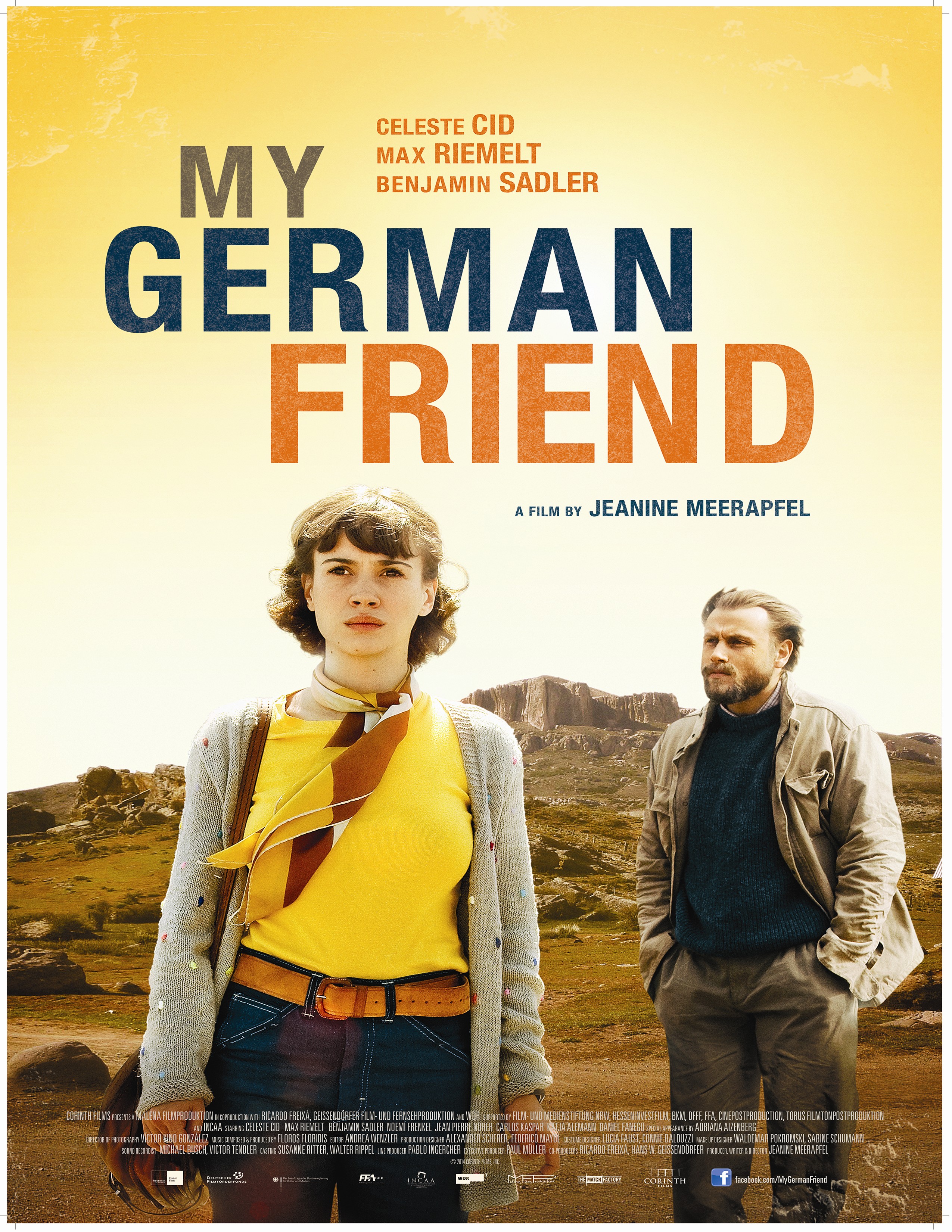 After the war, Nazis and Jews alike fled to Argentina to escape war crime tribunals and the horrendous persecution of the past, respectively. Each brings with them an intense dislike of the other, trying their best to begin new lives, but the ghosts of the past sometimes never let go.

Two families, one Jewish, and one German, are neighbors. The film is a story about their children’s lifetime close relationship.

In her new film, MY GERMAN FREND, Jeanine Meerapfel uses striking images to express a radical love, a love which first has to find its bearings between Germany and Argentina, between the political and the personal, between memories and the future. Meerapfel digs deep into the German past and tells a tale of the paradox of romantic love in the face of collective guilt.

It is against the magnificent backdrop of Patagonia that Jeanine Meerapfel sets this vagrant love, a love which must first rid itself of the ghosts of the past. Imaginative cinematography, great actors and a penetrating look at the forces of the past make My German Friend visually stunning cinema dealing in grand emotions.