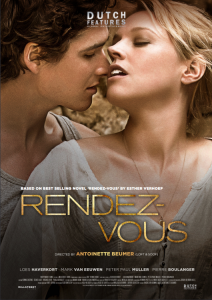 Simone, her husband Eric and their two children move to the dilapidated farmhouse in France that she has inherited. Her dream is to turn the house into a bed and breakfast. As the hectic pace of the rebuilding gets underway, she gets caught up in the romance and chaos of it all.  Losing sight of her goals, she must find her way back to the dreams and ambitions which brought her there in the first place.

From its release in 2006 Rendez-Vous has sold over 300,000 copies in Holland, received multiple Dutch awards and was translated in English, German and Russian.