THE ORIGIN OF VIOLENCE (France/Germany) 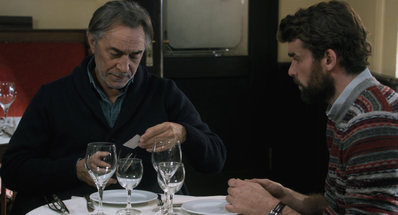 Nathan Fabre, a young Catholic teacher, while working on his thesis about French resistance to the Nazis during World War II, discovers a photograph of a prisoner in Buchenwald concentration camp whose resemblance to his father is uncanny.  Yet when he mentions this to his father, it is brushed off as a coincidence.  As Nathan digs deeper and learns more, he tries to understand the origin of the violence he finds within himself and those around him.  Based on a best-selling novel of the same name, The Origin of Violence is a mesmerizing thriller.